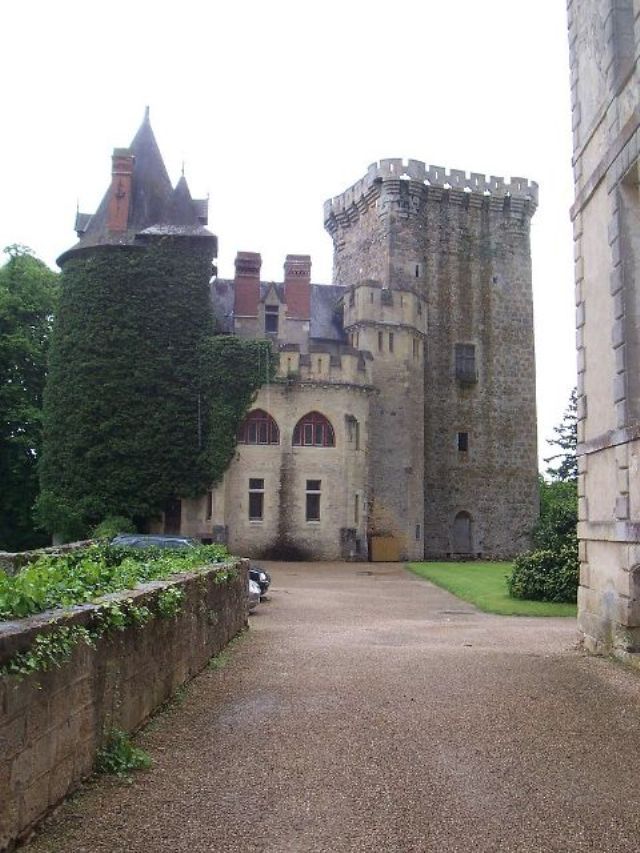 Location: Saint-Loup-Lamairé, in the Deux-Sèvres departement of France (Poitou-Charentes Region).
Built: 15th-18th century.
Condition: In good condition.
Ownership / Access: Privately owned.
ISMH Reference Number: PA00101343
Notes: Château de Saint-Loup-sur-Thouet" is located in the municipality of Saint-Loup-Lamairé in the Deux-Sèvres department. It is a visitable private property, converted into guest rooms. If the central part reminiscent of the Château de Cheverny, deemed to have been the model for Hergé for its castle of Moulinsart, Saint-Loup-sur-Thouet is especially part with Mesnil-Voisin, Balleroy and Cany, the best examples of castles style "end Henry IV and Louis XIII beginning." It would have inspired at the time one of Rigny (in Saint-Léger-de-Montbrun, Deux-Sèvres), later (1914-1920) in a reduced version in the Porteau Pressigny, and in 1928 was faithfully copied to rebuild the Havrincourt (Pas-de-Calais), which had been destroyed by German troops. The dungeon, the oldest part dates from the fifteenth century when the castle was the seventeenth century. The castle has a guardhouse, a house and a home. The castle, moat and part of the park were classified historic monument by order of 8 January 1947 and 5 July 1993 the were all the other parts, built as non-built-up, including the surrounding walls and doors.

How To Get To Château de Saint-Loup-sur-Thouet (Map):