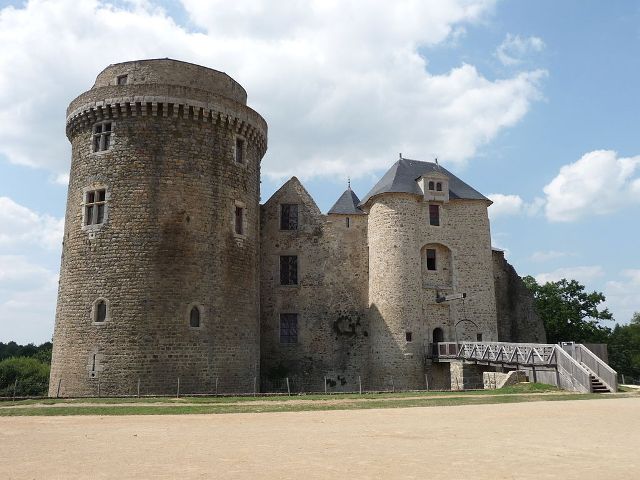 Location: Saint-André-sur-Sèvre, in the Deux-Sèvres departement of France (Poitou-Charentes Region).
Built: 14th-17th century.
Condition: In good condition.
Ownership / Access: Owned by an association.
ISMH Reference Number: PA00101326
Notes: Château de Saint-Mesmin is a castle located in the municipality of Saint-André-sur-Sèvre in the Deux-Sèvres department. This castle is named after a municipality in the department of Vendee, located less than two kilometers: Saint-Mesmin. Fief of several families since the fourteenth century he knows real feat of arms in 1793. After a long deterioration, the castle was restored in the 1980s and is now owned by a joint union grouping departments Vendee and Deux-Sèvres, which opened to the public.

How To Get To Château de Saint-Mesmin (Map):