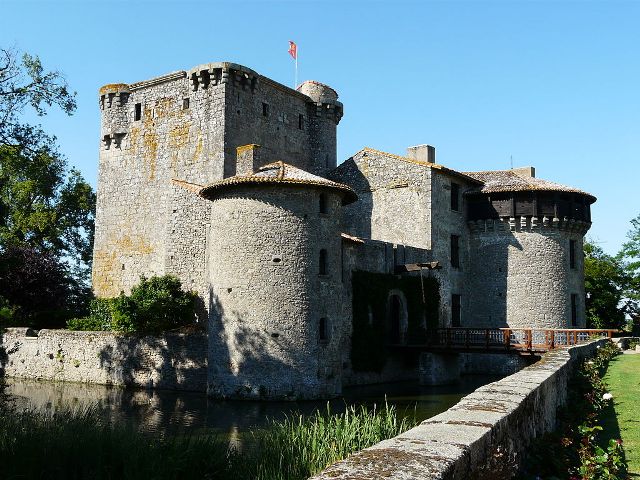 Location: Amailloux, in the Deux-Sèvres departement of France (Poitou-Charentes Region).
Built: 14th-15th century.
Condition: In good condition.
Ownership / Access: Privately owned.
ISMH Reference Number: PA00101172
Notes: Château de Tennessus is a French castle located along the provincial road 127, in the extreme southeast of the town of Amailloux in the Deux-Sèvres department in Aquitaine-Limousin-Poitou region Charentes. Tennessus Castle was built in the fourteenth and fifteenth centuries and its tower is already mentioned in 1404. During the Revolution, his owners emigrated in 1792 and in 1793. A decree of the Directory of Deux-Sèvres condemns Tennessus castle demolition, but the sentence will not be executed. The castle was registered as a historical monument January 7, 1943, and the garden soil and their enclosing walls September 28, 1993 and finally common September 19, 2007. The site is now converted into guest rooms. Castle Tennessus is surrounded by a moat and the western part of the enclosure is retained. It surrounds all the farm buildings that surround a rectangular courtyard protected by two towers leveled. The home dates from the seventeenth century and was modified in the eighteenth century. The date 1771 was then placed.

How To Get To Château de Tennessus (Map):