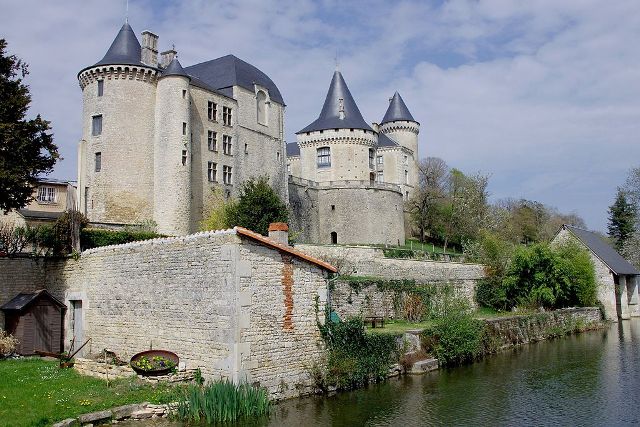 Location: Verteuil-sur-Charente, in the Charente departement of France (Poitou-Charentes Region).
Built: 11th-19th century.
Condition: In good condition.
Ownership / Access: Privately owned.
ISMH Reference Number: PA00104534
Notes: Château de Verteuil is strategically located on the Charente Valley. This is a castle, by historical memories attached to it, and the artistic treasures it contains, is one of the most remarkable monuments of the Charente. One of the postcards of the castle dating from the early twentieth century shows, hanging on the wall of the "living room of the Unicorn", famous tapestries called "The Unicorn Tapestries of the" masterpiece of art medieval textiles, which were offered by John D.Rockfeller Jr, in 1937, the "Cloysters Museum" New York6. It is partially registered historic building since March 1966 and fully since 2010, underground are classified.

How To Get To Château de Verteuil (Map):