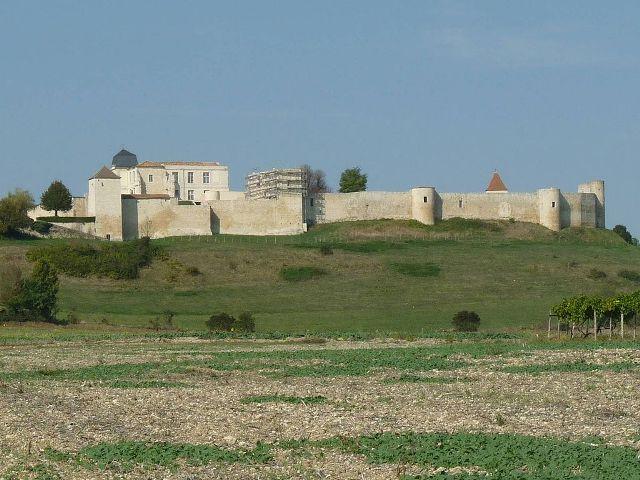 Location: Villebois-Lavalette, in the Charente departement of France (Poitou-Charentes Region).
Built: 12th-13th century.
Condition: In good condition.
Ownership / Access: Owned by a private company.
ISMH Reference Number: PA00104541
Notes: Château de Villebois-Lavalette is located in Charente in the town of Villebois-Lavalette. The fortified hill of Villebois is dominated by the ruins of a castle and a wing of an imposing building of the seventeenth century. It remains the chapel of the old castle of the twelfth century. The castle and the Gallo-Roman villa that had preceded it, has not yet found a trace. The Duke of Navailles in 1665 had razed the fortress founded in the eleventh century; he kept only the enclosure dating from Lusignan to rebuild the castle. After a fire December 10, 1822 which destroyed the right wing, leaving only the left wing of the castle. The left wing is occupied by the owner. Since 1980, the association of friends of the castle of Villebois-Lavalette organizes sites. The wall is slowly regaining its aspect of the thirteenth century with the battlements of the west facade, the roof of one of the towers, and other restorations.