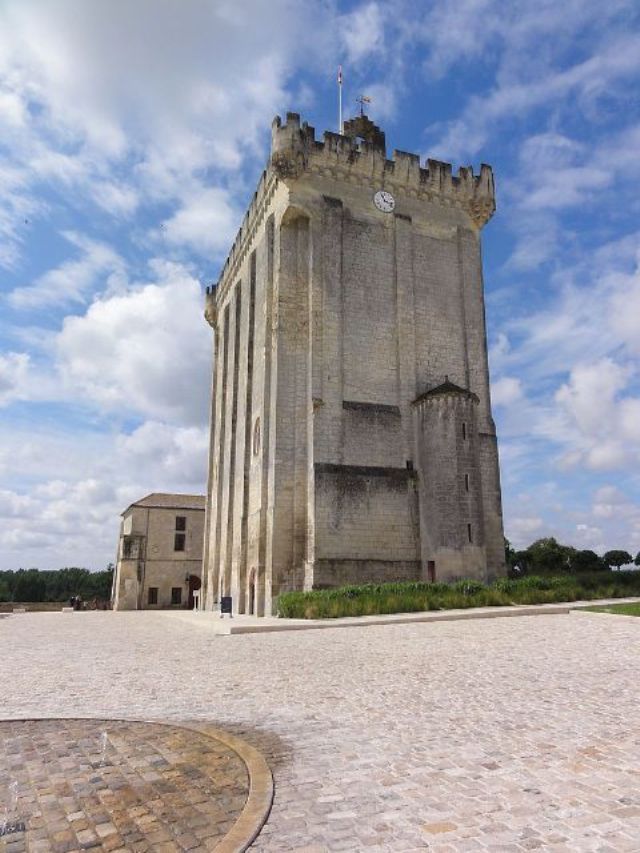 Location: Pons, in the Charente-Maritime departement of France (Poitou-Charentes Region).
Built: 1187.
Condition: In good condition.
Ownership / Access: Owned by the town.
ISMH Reference Number: PA00105316
Notes: Donjon von Pons in the southwestern French city of Pons is 30 meters high medieval tower and - next to the Donjon Niort - one of the finest examples of Romanesque Donjons in western France. The building was classified as a monument historique in 1912th.The Donjon was in 1187 by Gottfried III. (French:. Geoffroy III) built by Pons, a vassal of Richard the Lionheart. He replaced one dating from the 11th century fortified tower, which was destroyed by Richard the Lionheart during the suppression of a noble rebellion in Saintonge in 1179th The battlements with its corner towers and including peripheral arched frieze historicist ingredients from 1904, which was added by the then Prime Minister of France and former mayor of Pons, Émile Combes and destroyed in 1574 - but documented in a drawing - Donjon of Tonnay-Boutonne are modeled.