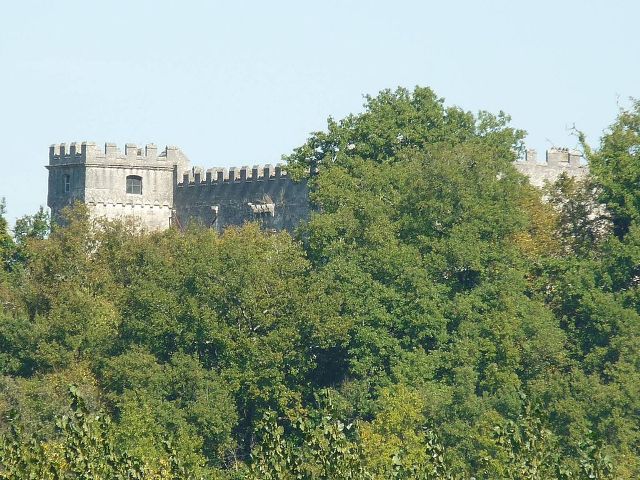 Location: Sers, in the Charente departement of France (Poitou-Charentes Region).
Built: 14th-17th century.
Condition: In good condition.
Ownership / Access: Private property.
Notes: Logis de Nanteuil dominates the Scale Valley Sers near Angouleme in the Charente. The feud, which was under the Bishop of Angouleme, is evidenced in 1427 by the homage of Jean de La Mare and Marguerite Chauvin his wife. He often change owners what will be the occasion of profound changes especially in the seventeenth century and the nineteenth century. The home, including the basement room and fled south of the castle were inscribed monuments on 14 April 1997. The home of Nanteuil of medieval origin has a low room, indoor vaulted room in the basement of his Western party dates back to the fourteenth century. The home rectangular building of the fourteenth century was pierced with mullioned windows in the fifteenth century. It is crowned with crenellations of the sixteenth century but restored since very machicoulis of the square tower remain..

How To Get To Logis de Nanteuil (Map):