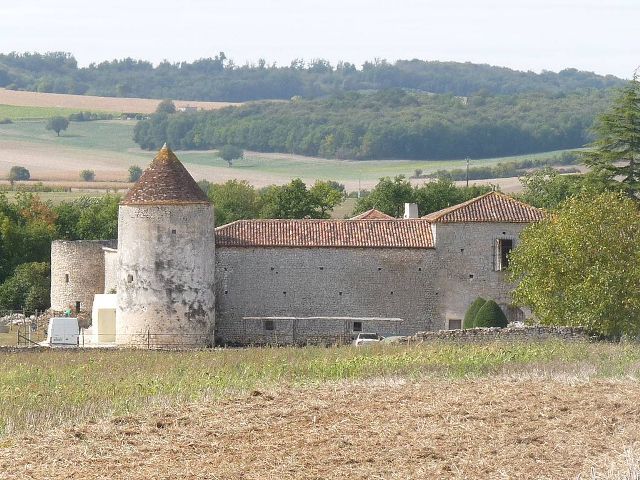 Location: Chadurie, in the Charente departement of France (Poitou-Charentes Region).
Built: 15th-16th century.
Condition: In good condition.
Ownership / Access: Private property.
Notes: Logis de Puygâty is located in Charente Chadurie about 20 km south of Angouleme. The home of Puygaty is located at the foot of a cuesta, and along the old Roman road from Saintes to Périgueux, the Boisne way. The home of Puygaty was built under Louis XI around 1465. The first traces like to François de Lage or Laage Lord Puygaty, advisor to presidial of Angouleme in the early sixteenth century. Stone Arceluz restored this castle whose home, the towers, the gate and the walls were inscribed MH 6 March 1987. The entrance is through a seventeenth century postern entrance with carriage entrance and pedestrian door wearing a hipped roof. Common seventeenth century around a large courtyard that has two towers, one is old. A part of the house dates from the fifteenth century and has two mullioned windows. The square turret contains the spiral staircase and its molded door is surmounted by a gatehouse. The other part of the house was rebuilt in the nineteenth century.

How To Get To Logis de Puygâty (Map):