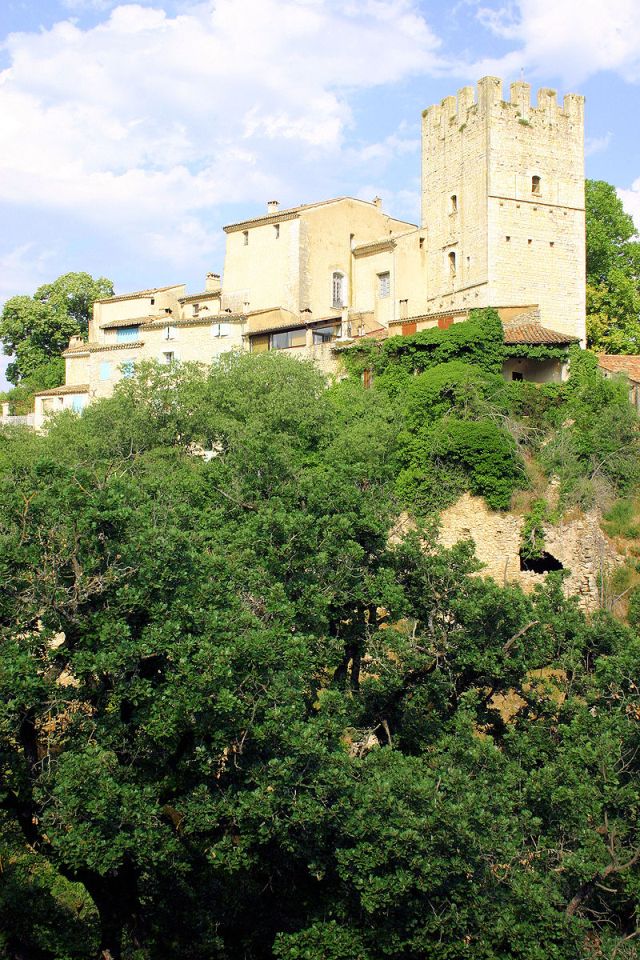 Location: Esparron-de-Verdon, in the Alpes-de-Haute-Provence departement of France (Provence-Alpes-Cote-d-Azur Region).
Built: 13th-18th century.
Condition: In good condition.
Ownership / Access: Privately owned.
ISMH Reference Number: PA00080389
Notes: Château d'Esparron-de-Verdon is located in the territory of the French town of Esparron-de-Verdon, in the department of Alpes-de-Haute-Provence and the region Provence-Alpes-Côte d'Azur.The castle was built by the family of Castellane, one of the oldest families of Provence. The dungeon of the thirteenth century is the subject of a classification as historical monuments since March 6, 1979. The facades and roofs of the castle were the subject of a registration as a historic monument since March 6, 1979. The current owner of the castle is the Count Bernard de Castellane-Esparron, who inherited the remains of soot of a gift from his uncle Louis Provence Castellane-Esparron in 1989. Count Bernard and his wife Charlotte-Anne, daughter John Scott (9th Duke of Buccleuch) have since transformed the castle into guest rooms. The north wing of the castle is listed as historical monuments by order of 18 January 2013.

How To Get To Château d'Esparron-de-Verdon (Map):