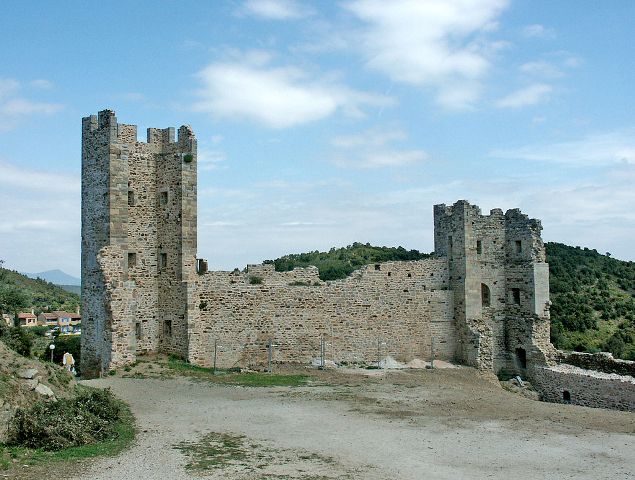 Location: Hyères, in the Alpes-Maritimes departement of France (Provence-Alpes-Cote-d-Azur Region).
Built: 11th-15th century.
Condition: Ruins.
Ownership / Access: Owned by a private company.
ISMH Reference Number: PA00081637
Notes: Château d'Hyères is a ruined medieval castle which is at the top of the hill Casteou (198 m), one of the peaks of Maurettes, overlooking the town of Hyères, in the Var department. The remains of the castle are classified as historic monuments by 1862 list; the ramparts and the old castle have registered since January 27, 19261. The motto of the castle Castrum Arearum (the area of the castle) is engraved in the castle entrance. The city was also known by this name in the early Middle Ages. In the 2000s, the town of Hyères renovated the three towers of the entrance and a few loopholes. At the top of the castle, two orientation tables were installed. Information panels have also been installed at different locations of the site.

How To Get To Château d'Hyères (Map):