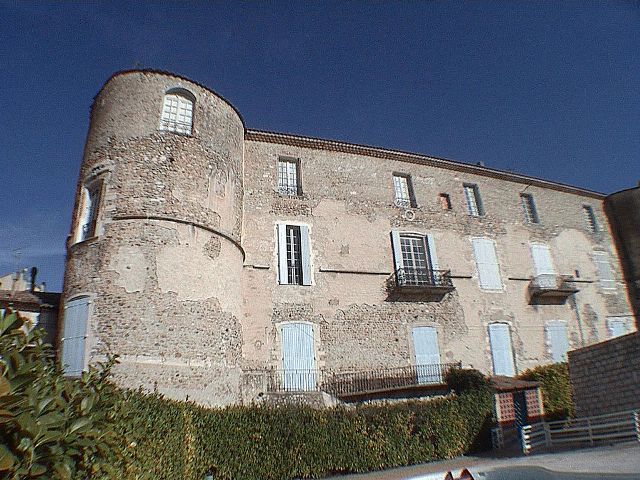 Location: Oraison, in the Alpes-de-Haute-Provence departement of France (Provence-Alpes-Cote-d-Azur Region).
Built: Late Middle Ages.
Condition: In good condition.
Ownership / Access: --
Notes: Château d'Oraison is located in the territory of the French town of Prayer, in the department of Alpes-de-Haute-Provence and the region Provence-Alpes-Côte d'Azur.The castle located in the city center is built in the late Middle Ages and during the Renaissance by the family of Prayer. It is overhauled by the family of Fulque, from Valensole, which acquired the marquis of Prayer in 1720. The castle held by the same family Fulque until the Revolution of 1789 and after, is sold 1806 to three particular place. It elevates the later one floor to accommodate a silkworm (Laugier). Louis Pasteur will come from elsewhere to study disease in 1868 Magnan (Magnan, name Provencal silk worm). In the 1950s, the then disused silk, has a time "factory" postcards of prayer who later migrated to the site of the present police.