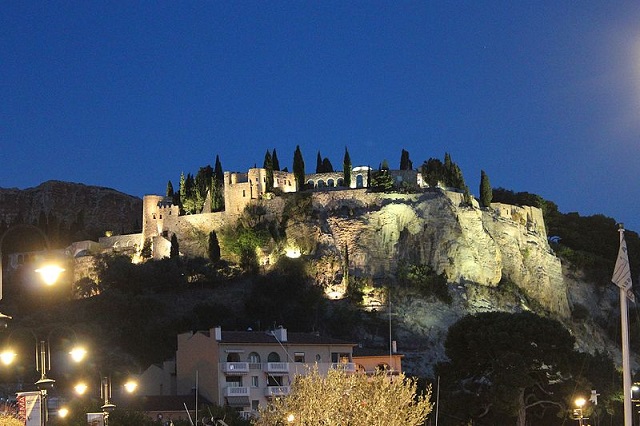 Location: Cassis, in the Vaucluse departement of France (Provence-Alpes-Cote-d-Azur Region).
Built: 13th century.
Condition: --.
Ownership / Access: Private.
Notes: The castle of Cassis is a former castle of the Carolingian Empire of the eighth century, located in Cassis in Bouches-du-Rhone, in Provence-Alpes-Côte d'Azur. Built on a cliff overlooking the port of the city, the Mediterranean Sea, the black currant vineyard, between the Calanques and Cap Canaille, 20 km south-east of Marseille, it is currently a prestigious hotel-restaurant of Provence.A place of maritime commerce in the Mediterranean basin during the Etruscan period, Celto-Ligure (Oppidum Baou Redoun), Greek, and Gallo-Roman, the city of Cassis is attested in the 1st century BC. AD of the Roman Empire.

How To Get To Château de Cassis (Map):