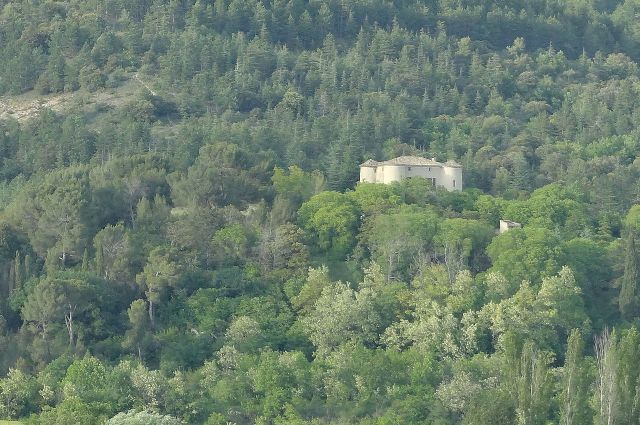 Location: Mirabeau, in the Alpes-de-Haute-Provence departement of France (Provence-Alpes-Cote-d-Azur Region).
Built: 17th century.
Condition: In good condition.
Ownership / Access: Privately owned.
ISMH Reference Number: PA00080433
Notes: Château de Fontenelle (seventeenth century) (private property). Its four corner turrets, tall enough, thin, giving it a slender look. Its walls are built of stones from the Durance. Each floor is broadly divided into two large rooms. The vaulted cellars host huge vats, the last vintages listed dates are 1914, because this castle was a wine center where it was pressed and the wine (the wine press is still up in one of the rooms ground floor). It is registered historic building. Mirabeau Castle, not far from Thoard, dating from the eighteenth century was half burnt. In front of the castle, there are two turrets crowning the median.

How To Get To Château de Fontenelle (Map):