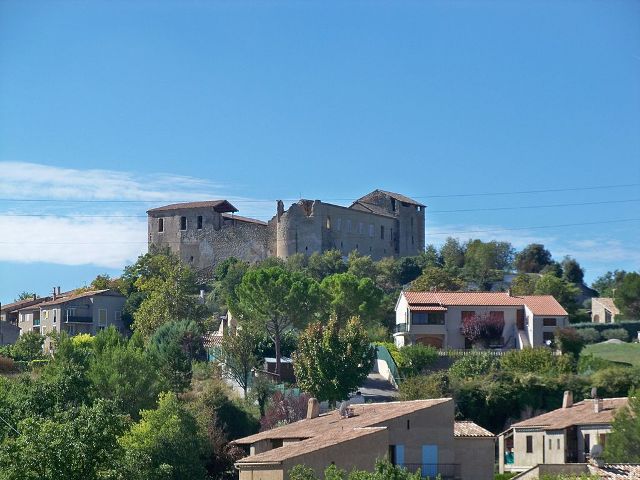 Location: Gréoux-les-Bains, in the Alpes-de-Haute-Provence departement of France (Provence-Alpes-Cote-d-Azur Region).
Built: 13th-16th century.
Condition: In good condition.
Ownership / Access: Privately owned.
ISMH Reference Number: PA00080405
Notes: Château de Gréoux-les-Bains is located in the territory of the French town of Gréoux-les-Bains, in the department of Alpes-de-Haute-Provence and the region Provence-Alpes-Côte d'Azur.Castle said the Templar (but who have never belonged to them) has parts ranging from the twelfth to seventeenth. It belongs to the counts of Provence from 1248, then the Hospitallers of Saint John of Jerusalem. It is bought by the town in the early 1980. It is said that the Templars had decided to build a castle in Gréoux for the virtues of its waters, beneficial to the recovery of the wounded knights. Besides the legend of the Knights Templar, another concerns the existence of an underground starting from the tank to reach the cellars of the village, just as unfounded. It is the subject of a classification as historical monuments since 1840.

How To Get To Château de Gréoux-les-Bains (Map):