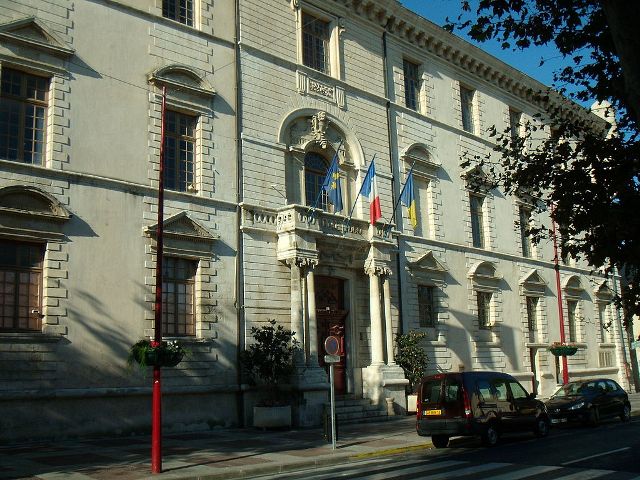 Location: Marignane, in the Bouches-du-Rhône departement of France (Provence-Alpes-Cote-d-Azur Region).
Built: 17th century.
Condition: In good condition.
Ownership / Access: Owned by the municipality.
ISMH Reference Number: PA00081322
Notes: Château de Marignane current city hall was one of two castles of Marignane, the other located Papia disappeared. The Chapel of Our Lady of Beauvois and the remains of the castle are the subject of a classification as historical monuments since July 5, 1996.The present castle was built around 1353 by William of Baux and February 21, 1603 Jean-Baptiste Covet buys the Marquis of Marignane and completes the chateau. The municipality bought the castle in 1892 he became the town hall.