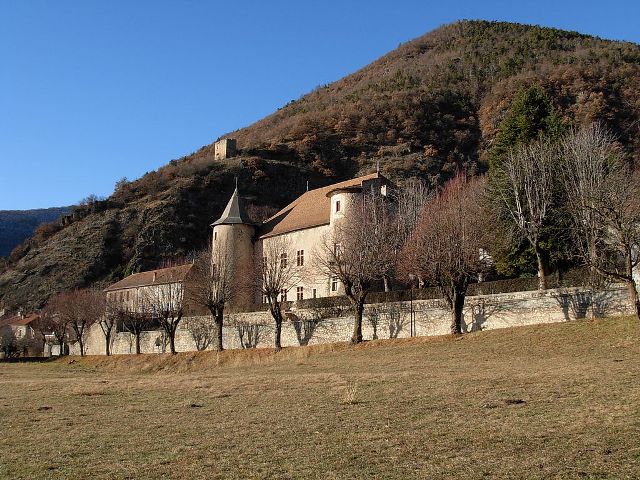 Location: Montmaur, in the Hautes-Alpes departement of France (Provence-Alpes-Cote-d-Azur Region).
Built: 14th-17th century.
Condition: In good condition.
Ownership / Access: Privately owned.
ISMH Reference Number: PA00080591
Notes: Château de Montmaur was built in the fourteenth century on the site of an ancient Roman castrum, then formed a square set with watch towers at each corner. Remodeled in the sixteenth century, it then has four round corner towers. The assembly is also made up of two new buildings that are present stable, and the curtain west. In the seventeenth century it comprises French ceilings and Renaissance fireplaces. The interior is rich in frescoes, columns and stairs are styles Doric, Ionic or Corinthian same. One of the other artistic treasures of the castle consists of wooden doors with many performances sham. It was bought in 2006 by the General Council of Hautes-Alpes who started work in order to open her visit to the public. The building is classified as historical monuments in 1988.

How To Get To Château de Montmaur (Map):