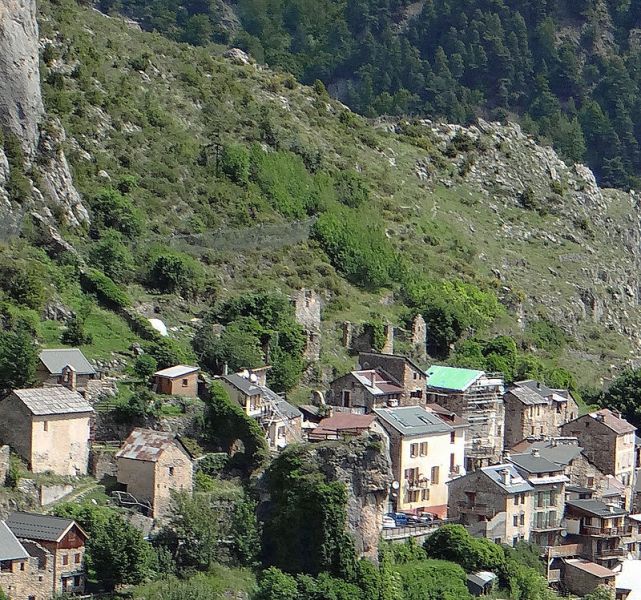 Location: Roubion, in the Alpes-Maritimes departement of France (Provence-Alpes-Cote-d-Azur Region).
Built: 12th century.
Condition: Ruins.
Ownership / Access: Owned by the municipality.
ISMH Reference Number: PA00080827
Notes: Château de Roubion is a medieval castle built in the twelfth century. It is located on a rock called "Castel bar" overlooking the village of Roubion in the Alpes-Maritimes.The castle is mentioned at the end of the twelfth century. The castle belonged to the thirteenth century and Guillaume Raimond Rostaing brothers, co-lords of Beuil. They exercised justice in the lordship of Roubion. After Astruge wedding Beuil with Andaron Grimaldi, the castle came into the heritage of the Grimaldi family Bueil. The castle was burned and the village is sacked by French troops of the Marquis de Vins in 1691 during the War of the League of Augsburg. It remains the basis of the four towers and the remains of enclosure walls. It is a listed building by decree of December 22, 1941.