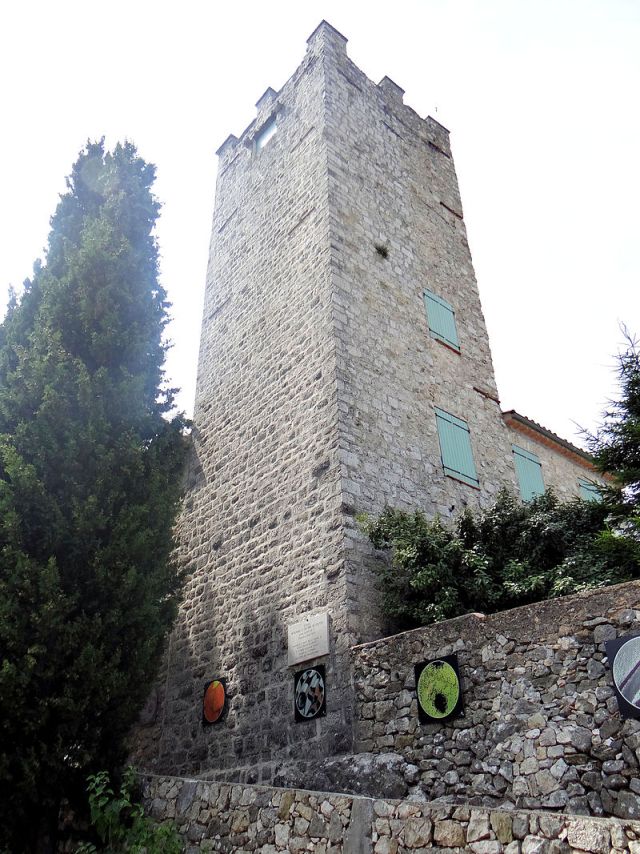 Location: Tourrette-Levens, in the Alpes-Maritimes departement of France (Provence-Alpes-Cote-d-Azur Region).
Built: 13th century.
Condition: In good condition.
Ownership / Access: Privately owned.
ISMH Reference Number: PA00080886
Notes: Château de Tourrette-Levens is a castle located in the municipality of Tourrettes in the Alpes-Maritimes department.The castle was built in the twelfth century, by Raymond Chabaud whose family has owned the feud until the year 1684. The castle is at the time, one of the finest in the region with its six towers, three round and three square. All that remains of that time only one turn. The monument is the subject of a registration as a historic monument since September 15, 1937.