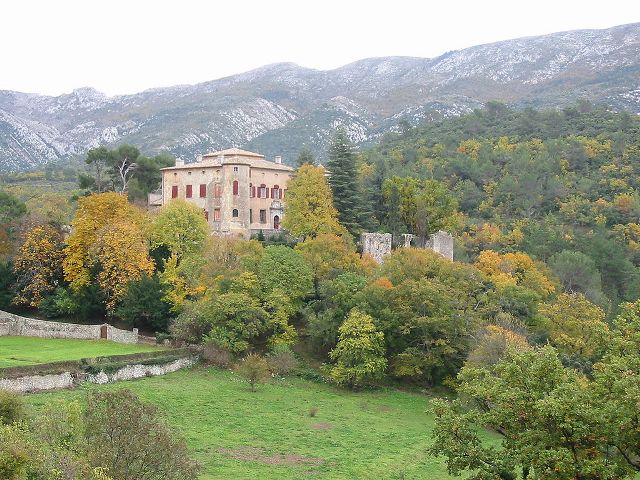 Location: Vauvenargues, in the Bouches-du-Rhône departement of France (Provence-Alpes-Cote-d-Azur Region).
Built: 18th century.
Condition: In good condition.
Ownership / Access: Privately owned.
Notes: Château de Vauvenargues is located in the territory of the French town of Vauvenargues, in the Rhone delta of the department and the region Provence-Alpes-Côte d'Azur.Built on a Roman settlement at the northern foot of the Montagne Sainte-Victoire, the castle depend on the counts of Provence and the Aix Church. It is linked to the memory of the famous King René, who will give the castle and its lands in 1474 to his personal physician, Pierre Robin Angers. The field, through the marriage of Francis with Marguerite de Clapiers Séguirand in 1548, is up for two and a half centuries to the family of Clapiers. Two years after the great plague of 1720 to thank Joseph Clapiers, Aix consul, dedication during the contagion that decimated populations, King Louis XV erected lands Vauvenargues marquisate. The castle, sold in 1943, is stripped of its furniture and pass between various hands, including those of the Association for the management of social Navy before being purchased in September 1958 by Pablo Picasso, in the park where he is buried alongside Jacqueline Picasso. The castle is owned by descendants of the latter. It is the subject of a registration the additional inventory of historic monuments by order of January 15, 1929.

How To Get To Château de Vauvenargues (Map):