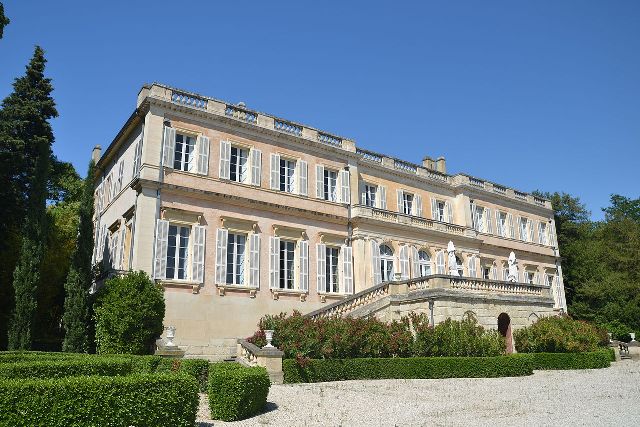 Location: Carpentras, in the Vaucluse departement of France (Provence-Alpes-Cote-d-Azur Region).
Built: --
Condition: In good condition.
Ownership / Access: Privately owned.
ISMH Reference Number: PA00082000
Notes: Château du Martinet de Carpentras is a house located in the town of Carpentras (Vaucluse), on the road of Mazan.1628, the family bought the manor land Isnard Martinet to build a field there. Built in late marquis, it will remain the residence of the family until the middle of the second half of the twentieth century. The castle is burned during the French Revolution and rebuilt in the early nineteenth century by Ludwig II of Isnards. The construction work will be completed in 1838 for the main body (castle) and 1863 for the enclosure, the courtyard and the adjoining annexes. It is said that the speaker of stones come from the ancient walls of Carpentras. It is listed as historical monuments since 31 May 1945. Operated in rooms and breakfast until 2013.

How To Get To Château du Martinet de Carpentras (Map):