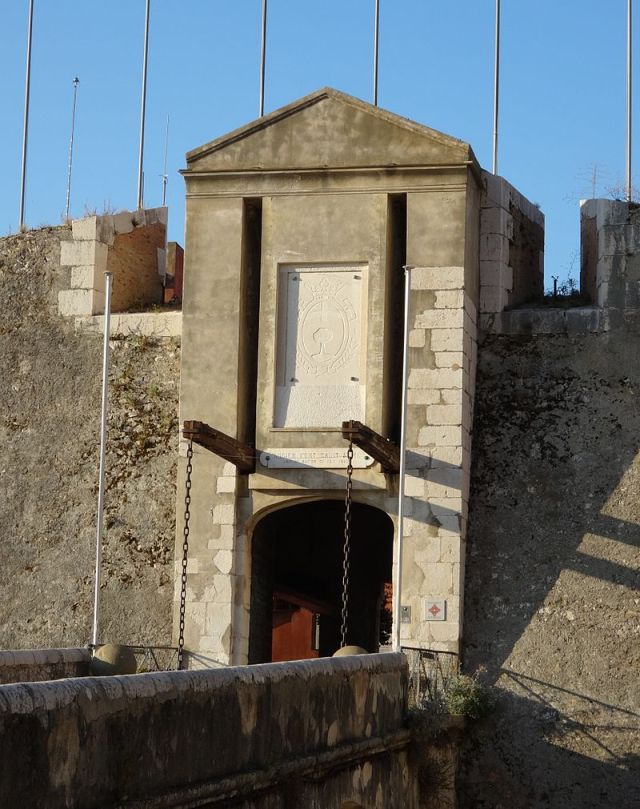 Location: Villefranche-sur-Mer, in the Alpes-Maritimes departement of France (Provence-Alpes-Cote-d-Azur Region).
Built: 16th century.
Condition: In good condition.
Ownership / Access: Owned by the municipality.
Notes: Citadelle Saint-Elme located in Villefranche-sur-mer is a monument historique2 sixteenth century enclosing in a wider military architectural ensemble including the Fort of Mount Alban, St. Hospice round of Saint-Jean-Cap-Ferrat and battery Beaulieu-sur-Mer. This device was a defensive all around the royal port of Darse, military and commercial port of Savoy States.On 10 August 1557, Emmanuel Philibert, nicknamed "Testa ferre" condottiere true ally to the Habsburgs of Spain and the Holy Roman Empire, crushing the French troops of King Henry II at the Battle of Saint-Quentin. It can recover his states: Savoy, Piedmont, County of Nice. "Wars of Italy" ended with the treaty of Le Cateau, March 26, 1559. The Duke of Savoy will constantly protect and fortify his dominions. He remembers the Nice headquarters of trauma, landing and assaults undertaken by the "Capudan Pasha" Barbarossa, king of Algiers and Grand Admiral of the Ottoman Sultan Suleiman the Magnificent, allied to King Francis I of France. Emmanuel Philibert, the safeguarding of its "Maritime Window" Villefranche-sur-Mer is a top priority. This strategic and defensive imperative was felt very early ... So the Genoese Andrea Doria, perhaps most famous sailor of that time, he wrote to the Emperor Charles V by the letter of 23 November 1554) that necessary "to build a fort at the port of Villefranche to hold not only the latter, but the city of Nice." And the young Duke remembers when his father Charles was losing the right one by one its positions against the French, Nice, alone, has resisted. She earned the nickname "the fedèla Nissa." Since the advent of Emmanuel Philibert (1553) emerges the proposed construction of Fort St. Elmo, the real name of the citadel of Villefranche, told the Milanese Gian Maria Olgiati 'supremo ingeniero "and principal architect of Charles V, this in the County of Nice by 1550.