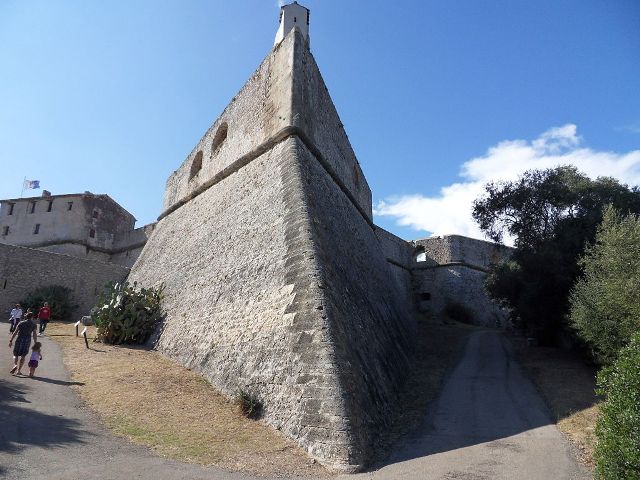 Location: Antibes, in the Alpes-Maritimes departement of France (Provence-Alpes-Cote-d-Azur Region).
Built: 16th century.
Condition: In good condition.
Ownership / Access: Owned by the municipality.
Notes: Fort Carré is a military fort built in the reign of Henry II in the sixteenth century. The fort is situated on the Saint-Roch peninsula in Antibes, along the road from the seafront and is built on a rock rising 26 meters above the sea.Fort Carré was built mid-sixteenth century under Henry II by Monsieur de Saint-Remy. Two characters were appointed: Mandon François de Saint Remy and Jean Renaud de Saint-Remy, both with ties to Saint-Rémy-de-Provence. Jean de Saint-Rémy built the St. Lawrence Tour around which developed the Fort Square. It has been slightly modified in the late seventeenth century by Vauban under Louis XIV.

How To Get To Fort Carré (Map):