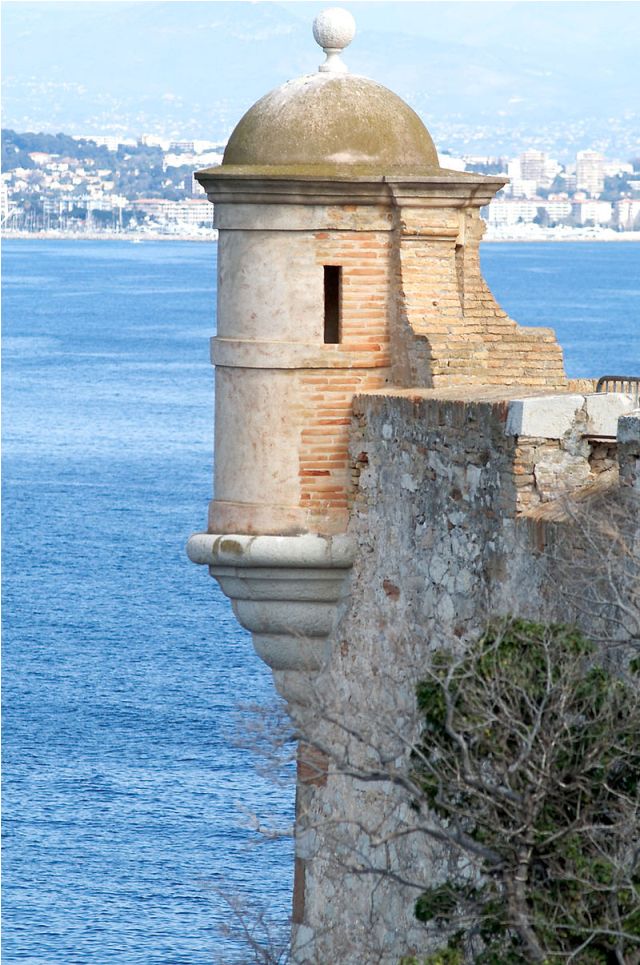 Location: Cannes, in the Alpes-Maritimes departement of France (Provence-Alpes-Cote-d-Azur Region).
Built: --
Condition: Ruined.
Ownership / Access: Owned by the municipality.
Notes: Fort royal de l'île Sainte-Marguerite is a fort built on Île Sainte-Marguerite, the largest of the Lérins islands in the bay of Cannes. After the acquisition of the fort in 1996, the city of Cannes has installed the Sea Museum in Cannes. There is also an international center for youth living.The island of Sainte-Marguerite is occupied, at least, from the fifth century BC. AD .. Excavations in the years 1970-1980 found foundations of buildings of this era. The ancient name of the island Sainte-Marguerite is Lero. This name had to come from a local deity, Leron, including a shrine dedicated to him on the island according to Pliny the Elder, quoting Strabo. The island Saint-Honorat was named Lérina. In his Natural History (III, 79), Pliny the Elder mentions the city of Vergoanum on the island of Lérina but who disappeared in the first century. The first century, the Romans become established on the island. Excavations have identified an ancient system of Roman cisterns as well as elements of a Roman laconium (dry oven).