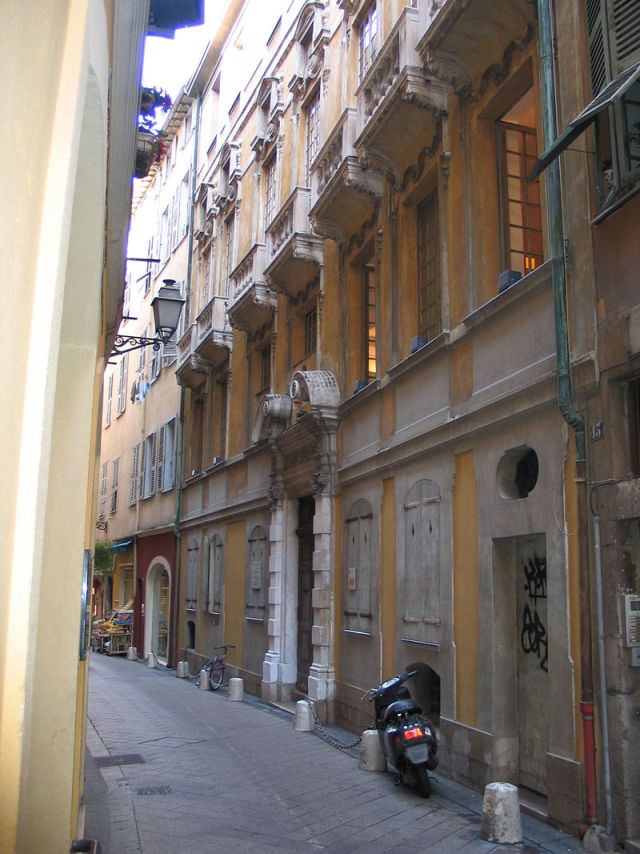 Location: Nice, in the Alpes-Maritimes departement of France (Provence-Alpes-Cote-d-Azur Region).
Built: 17th century.
Condition: In good condition.
Ownership / Access: Owned by the municipality.
Notes: Palais Lascaris in Nice is an ancient aristocratic residence dating from the first half of the seventeenth century, now a museum of ancient musical instruments. Located in the heart of Old Nice, it houses a collection of about 500 instruments, making it, according to the town of Nice, the second largest collection in France. Lack of documentary sources, the architects of the palace are unknown. Its architectural style is baroque said Genovese. Built in the first half of the seventeenth century and the eighteenth century, until 1802 is the property of the Ventimiglia-Lascaris family. Fell into disrepair in the early twentieth century, the palace was bought in 1942 by the city of Nice who decides to develop a regional museum of arts and popular traditions. It is the subject of a classification as historical monuments since February 15, 1946. The rehabilitation works began in 1963 and was completed in 1970, the final opening of the palace to the public. In 2001, the instrumental collections of the city of Nice is transferred from the Massena museum at Palais Lascaris in order to create there a museum of musical instruments. In 2011, the permanent exhibition of ancient musical instruments is finally open to the public.

How To Get To Palais Lascaris (Map):