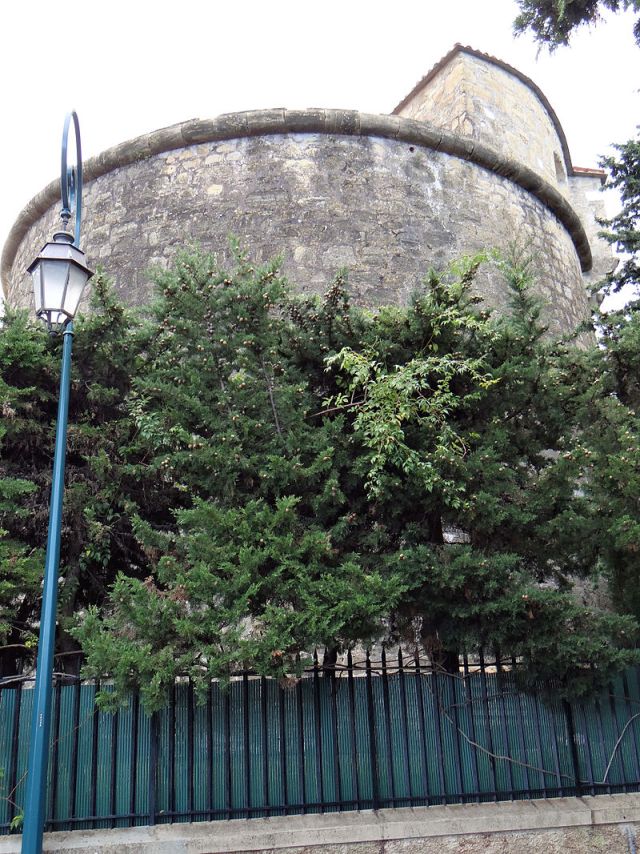 Location: Saint-Jean-Cap-Ferrat, in the Alpes-Maritimes departement of France (Provence-Alpes-Cote-d-Azur Region).
Built: 1750.
Condition: In good condition.
Ownership / Access: Private property.
Notes: Tour de Saint-Hospice also called Genoese Tower, is a tower located at the tip of Saint-Hospice, in Saint-Jean-Cap-Ferrat in the Alpes-Maritimes.The tower was built next to the chapel of St. Hospice. To defend the coast of County of Nice Nice after the siege of 1543 the Duke Emmanuel Philibert had undertaken the construction of the Nice County coast defense system between the Var and Monaco, which included strengthening Nice castle, the fort of Mont Alban, St. Elme citadel of Villefranche-sur-Mer and fort Saint-Hospice, at the forefront of Saint-Hospice. To funding problems, this strong denier has probably built in 1608, certainly before 1616. It was destroyed as the Castle of Nice, in 1706, by order of Louis XIV. An inhabitant of Nice written shortly after "the castle (Nice) is completely destroyed if they would never believe it existed fortifications but a large pile of stones the city is now without walls, without bastions, without doors, except the bridge where there remains the vault which is located towards the exit and the arch of the bridge for crossing the Paillon. It was also spared the vault of the Pairolière door, everything else is destroyed. Tower Boze Beaulieu was destroyed, half of the tower of La Turbie, Fort Saint-Hospice except one turn. Do were spared the Montalban and Villefranche. " A tower was replaced around 1745 or 1750 by collecting stones from the fort. The tower of Saint-Hospice has a ground floor serving as body guard and food for the garrison, first and second floors to its housing. The tower could accommodate 40 men.