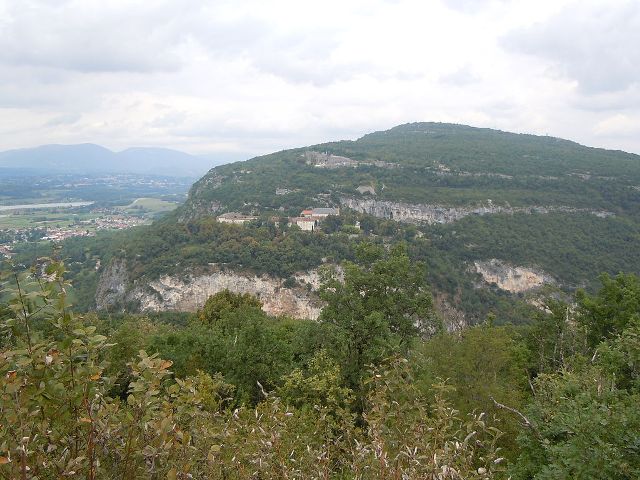 Location: Virignin, in the Ain departement of France (Rhone-Alpes Region).
Built: 12th century.
Condition: In good condition.
Ownership / Access: Owned by a private company.
Notes: Chartreuse de Pierre-Châtel is a former fortified monastery, mentioned in the fourteenth century, the remains of which stand in the municipality of Virignin in the Ain department in the region Auvergne-Rhône-Alpes. She succeeded an ancient castle of the thirteenth century the counts of Savoy, and the site was reinvigorated in the nineteenth century after the start of the Carthusians. All Carthusian buildings, walls and retaining towers, gateways, courtyards, old gardens and terraces of the old monastery, including the remains of the Count's castle and the elements of the fortification of the nineteenth century located at a place called "Fort-de-Pierre-Châtel" are the subject of a classification as a historic monument by order of 1 February 1996, replaced by a more comprehensive ranking March 9, 2015.

How To Get To Chartreuse de Pierre-Châtel (Map):