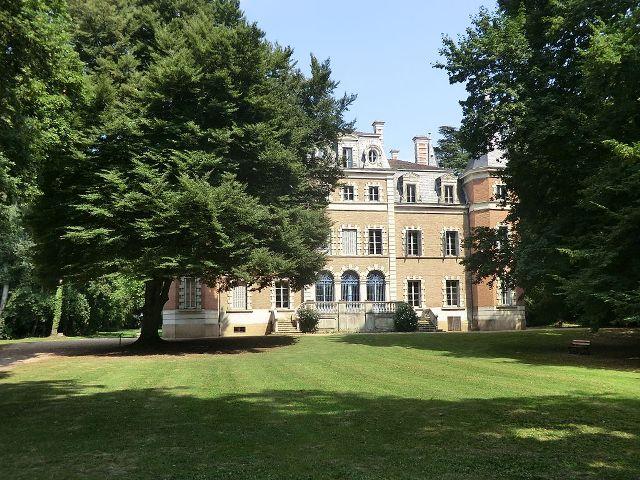 Location: Fareins, in the Ain departement of France (Rhone-Alpes Region).
Built: 19th century.
Condition: In good condition.
Ownership / Access: Owned by the municipality.
Notes: Château Bouchet is a castle located in the city center of the town of Fareins, near the Church of Our Lady of the Assumption, Ain.The castle was built in the nineteenth century on the site of an old house. Albert Bouchet (1835 - 1915), Lyons attorney, mayor and deputy Fareins Ain under Charles X, profoundly transformed the building to which he gave his name, his descendants adding the name of the town to their name to distinguish the other branch of Bouchet, located not far from there to the castle of Beauregard (Beauregard). Among the descendants of the builder of the castle included Colonel Pierre Bouchet de Fareins and writer Serge Bouchet Fareins. In 1954, the family Bouchet Fareins, which also owns the mansion Bataillard in Saint-Paul-de-Varax, sold the castle to the City of Paris. This is used as holiday center and then from 1980, the castle became a musical center. In early 2011, the town of Fareins bought the castle and its 5.5 hectare park. A reflection is initiated to set a new destination to the building. The castle is currently used for one-off events such as the feast of the schools in 2013. The castle has suffered three fires during its history, the last on November 2, 1910. The surrounding park has nearly 180 species of trees.