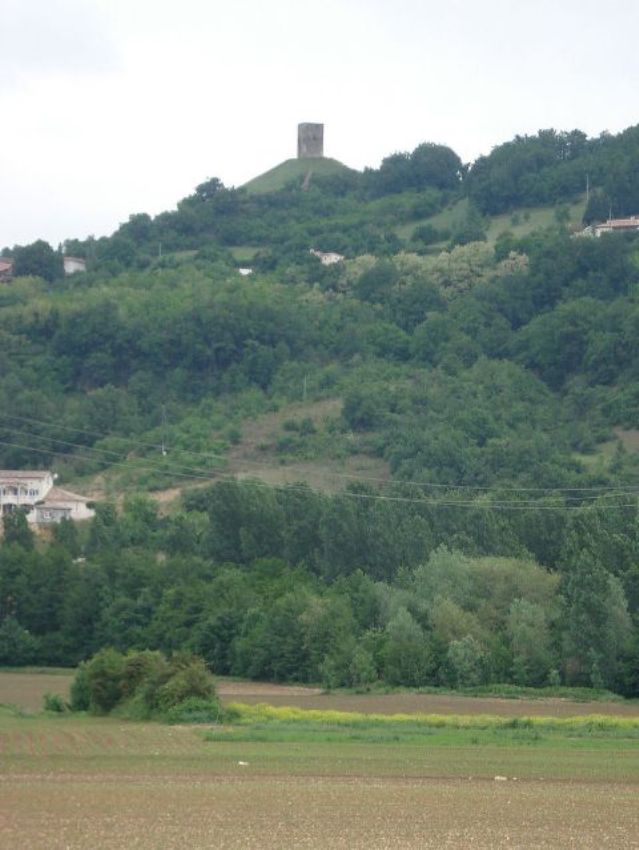 Location: Albon, in the Drôme departement of France (Rhone-Alpes Region).
Built: 13th century.
Condition: In good condition.
Ownership / Access: Owned by the municipality.
ISMH Reference Number: PA00116878
Notes: Château d'Albon is a former castle of the thirteenth century, the capital of the command of Albon, the ruins stand in the town of Albon in the department of Drome and Rhone-Alpes Auvergne region. The ruins of the old castle are the subject of a registration as a historic monument by decree of 8 March 1982. All the archaeological remains: the tower; the remains of the old chapel; the remains of the old assembly hall; the root ball, walls and other masonry elements; and their attitude land subject to a classification as a historic monument by decree of 11 June 2012.The tower on motte was built decades after the earthwork, allowing the latter to consolidate, and dates from the thirteenth century. This master-round quadrangular 7.20 × 7.40 m side and thick walls of 1.65 m is divided into three levels planchéiés. On the ground floor the lighting is done by narrow slits, while the first floor was pierced by two large bays semicircular, west side plain and the other south. The latter was punched either slit or archer. To the east the illumination slot was also recapped. At the second level, another semicircular bay opens to the north, the latter having had two of those sides reworked later. The tower is built in a regular veined gray sandstone pink assembled with a thick mortar bed unit.