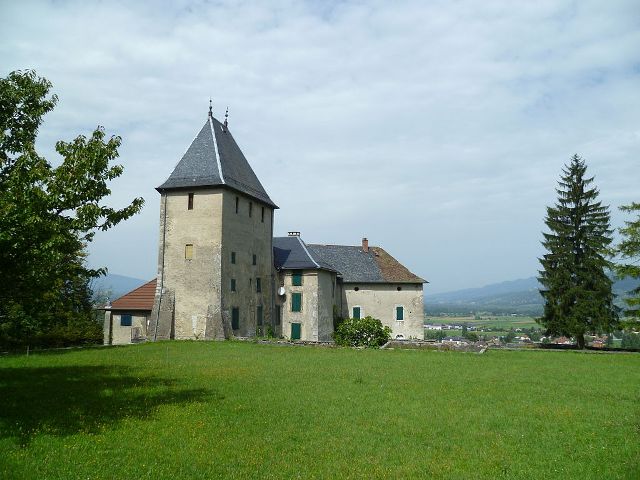 Location: Saint-Pierre-en-Faucigny, in the Haute-Savoie departement of France (Rhone-Alpes Region).
Built: 9th-11th century.
Condition: In good condition.
Ownership / Access: --
Notes: Château d'Arcine or château de Rumilly-sous-Cornillon (Remelier sub Cornillion) is an old castle, mentioned in the thirteenth century, which stands in the municipality of Saint-Pierre-en-Faucigny in the department of Haute Savoie region Auvergne-Rhône-Alpes. It was the seat of a lordship that stretched over an area of nearly 12 square kilometers. The old mansion consists of a square tower of three floors. The ground floor would have served in prison, contiguous to a massive main building. The angle formed is occupied by a courtyard full of greenery. Numerous apartments are taking the day by narrow windows. On the side of the tower, a one-storey main building is associated with the manor.