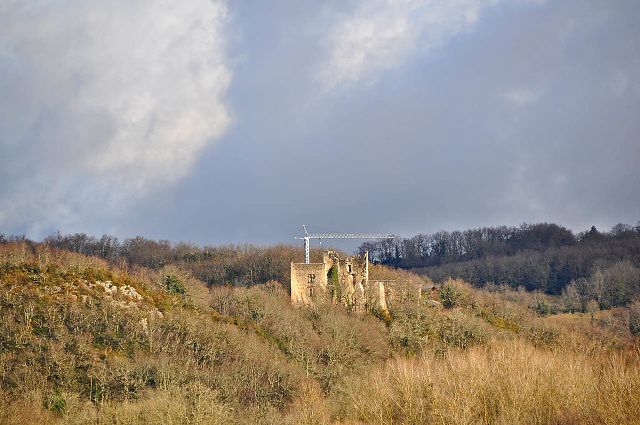 Location: Saint-Germain-les-Paroisses, in the Ain departement of France (Rhone-Alpes Region).
Built: 15th century.
Condition: Ruins.
Ownership / Access: Privately owned.
ISMH Reference Number: PA01000010
Notes: Château de Beauretour is an old fortress, built around 1400 by Jean de Rossillon, center of the Lordship of Beauretour, the ruins stand in the municipality of Saint-Germain-les-Paroisses in the department of Ain region Auvergne-Rhône-Alpes.The castle in full, including the fortified land easement is subject to registration as historical monuments by order of 25 September 2003.There is mention of this castle Beauretour for the first time in a text dating from 1137. However, another text from him in 1150 speaks of "first construction" of the castle. This casts doubt on the chronological accuracy but, in all likelihood, these items date back well the castle of the twelfth century. Other sources say that the castle was built by John of Rossillon in 1400. The building would take its name from the second crusade, the fortress has become the resting place of its owner on his return from the Holy Land.

How To Get To Château de Beauretour (Map):