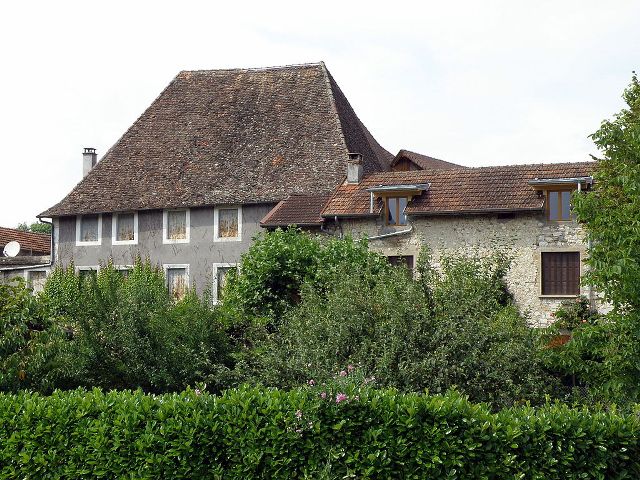 Location: Billième, in the Savoie departement of France (Rhone-Alpes Region).
Built: 13th century.
Condition: In good condition.
Ownership / Access: Now a hotel.
Notes: Château de Billième is a former stronghold of the thirteenth century, the center of the Lordship of Billième, which stands in the municipality of Billième in the Savoie department in Auvergne region Rhône-Alpes. Castle Billième is located in the French department of Savoie in the town of Billième, slightly below the village, about 500 meters southwest of the church. The castle is now in the form of a big house. From its origin, it has kept the door of the thirteenth century. It is also still observe some elements of the sixteenth century, buttresses, door openings and topped with a hug; including a double window.