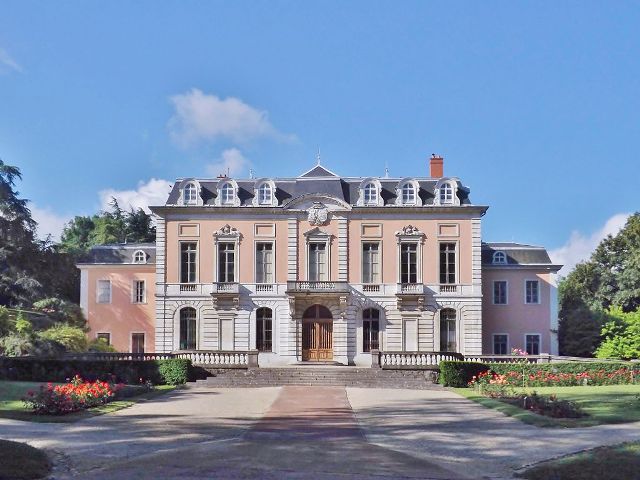 Location: Chambéry, in the Savoie departement of France (Rhone-Alpes Region).
Built: 19th century.
Condition: In good condition.
Ownership / Access: Owned by the municipality.
Notes: The Château de Boigne, also known locally as Castle of Buisson-Rond, is a castle built in the nineteenth century on older foundations, which stands on the town of Chambery in the Savoie department in the region Auvergne-Rhône-Alpes. Boigne the castle is the subject of a partial inscription as historical monuments since 24 February 1982 under the name "Chateau de Buisson Rond." The castle dates from the eighteenth century, came to replace the previous building of the fourteenth century and seventeenth century. The current building is in line Piedmont mansions dating from the eighteenth and nineteenth centuries. The castle has a large central lounge surrounded by rooms whose height is equivalent to two floors. Complete this chapel, and two pavilions. The field of Buisson-Rond includes a landscaped park, built in 1810 by General Count de Boigne, in which there is a rose garden. It includes about 83 varieties and 6,000 subjects over a surface of 7500 m². A major sports and entertainment complex has also been built on the property, with a pool and an indoor ice rink.

How To Get To Château de Boigne (Map):