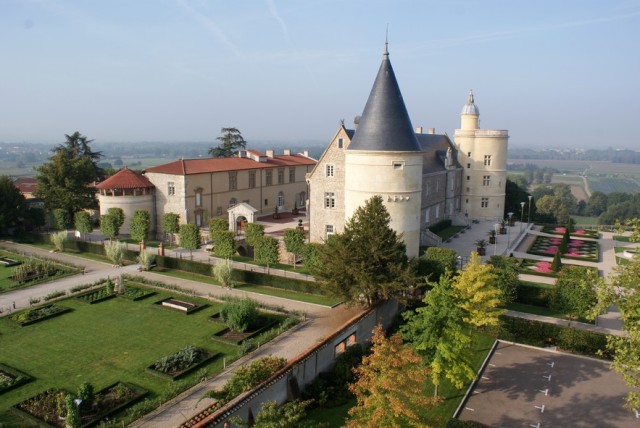 Location: Andrézieux-Bouthéon, in the Loire departement of France (Rhone-Alpes Region).
Built: 13th-19th century.
Condition: In good condition.
Ownership / Access: Owned by the town.
Notes: Château de Bouthéon is located just outside of the plain of Drill, in the municipality of Andrezieux, in the department of the Loire, in region Auvergne-Rhône-Alpes. It is one of the first castles facing the Loire river in its course towards the ocean. Former residence of the La Fayette, Bourbon and Gadagne Castle Bouthéon is now owned by the city that was restored into a cultural and tourist site. The site is open all year to visitors and corporate seminars. With 79,130 entries in 2015, it is the second tourist site in the department of the Loire, after the zoo of Saint-Martin-la-Plaine. It is also the third most visited castle in the Rhône-Alpes region, after the Château de Grignan in Drôme and Château d'Annecy in Haute-Savoie. In 1995, the Château de Bouthéon is purchased by the city of Andrezieux that restores the value and puts it open to the public from the years 2006-2007. Now, the area hosts a wide audience from a castle to discover the complex architecture but carefully restored and various thematic exhibition set as the Drill, the Loire River or domesticated animals and plants. Over the centuries, successive owners as amended, converted and enlarged this house to suit their needs and the fashion of the time: the medieval stronghold, pleasure palace, Renaissance residence, bourgeois apartments, cultural and tourist site.