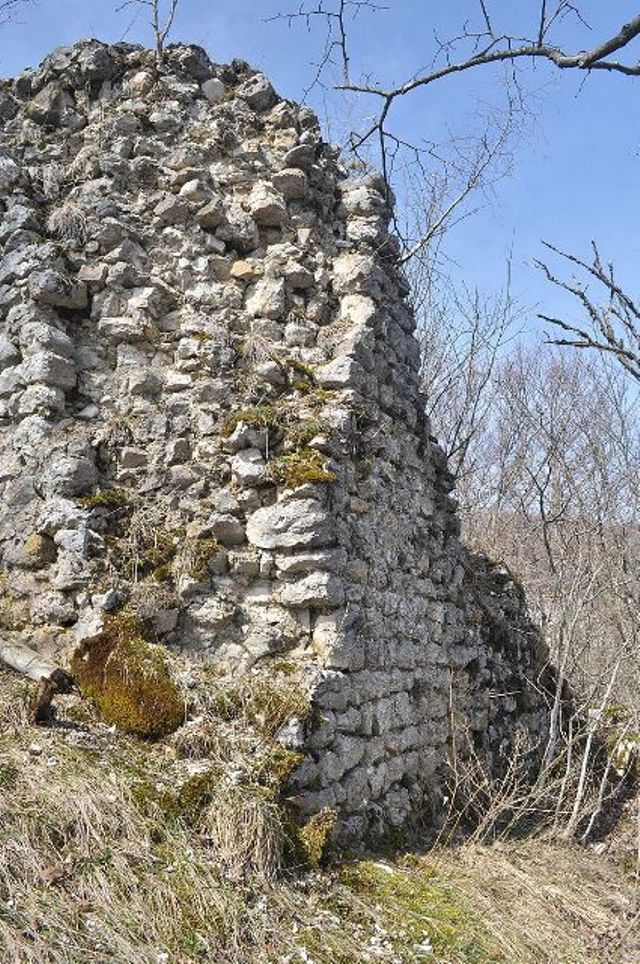 Location: Cessens, in the Savoie departement of France (Rhone-Alpes Region).
Built: 12th century.
Condition: Ruins.
Ownership / Access: --
Notes: Château de Cessens-Vieux, or tour de César, is a former castle of the twelfth century, the center of the Lordship of Cessens, the ruins stand in the municipality of Cessens in the Savoie department in Auvergne-Rhône region Alps. A chamber, of which it is almost remains any traces, whose access was to the east, encloses a square-residence tower flanked by a circular tower. The mistress Romanesque square tower, 6.45 × 6.60 meters wide, has thick walls of 1.40 meters. Due to its small size, it would be similar to the fully preached Bergfrieden in the land of Empire and southern France. Built in small device was attached to it, to the east, a circular tower of 7 meters in diameter, with thick walls of 2.40 meters in beautiful device, which appears to date from the fourteenth century, probably erected after the siege and occupation October 1320 Cessens Neuf. Struck by lightning in 1862, it is largely collapsed.