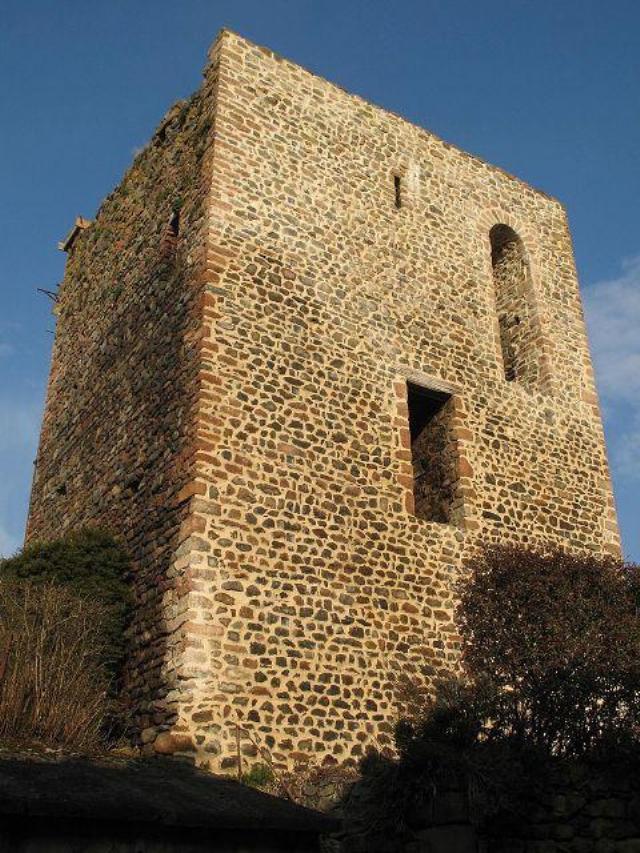 Location: Chamelet, in the Rhône departement of France (Rhone-Alpes Region).
Built: 13th century.
Condition: In good condition.
Ownership / Access: Private property.
Notes: Château de Chamelet is an ancient castle of the thirteenth century, the remains of which stand in the town of Chamelet in the Rhône department in Auvergne region Rhône-Alpes. At the beginning of the twelfth century, the manor of Chamelet is sold by Guigues III of Albon to Guichard de Beaujeu. Towards 1193, Beaujeu Guichard IV ready liege homage to the archbishop of Lyon for its land in Chamelet. In 12282 Humbert of Beaujeu in tribute to the Count of Drill. From 1374, Jean Nagu (-1410) was appointed lord of Chamelet by Antoine Sire de Beaujeu, his son, Edward, returns to the decision of his father and sells the office of squire to Louis de Sancerre, but Jean Nagu resistant and retains its office; The son of Jean Louis de Nagu, knight, succeeds him. In 1400, Edward died childless; its heritage back to his uncle Guillaume (-1406). The son and successor of William, Edward, wife Jacqueline in 1430, lady Lignières. Their son and successor Jacques, baron of Lignières, wife Jacqueline Juvenal Orsini. In 1474, Peter II, Duke of Bourbon, Lord of Beaujeu, shall appoint a captain. In 1547, Philibert, baron of Lignières, son and successor of previous, who married Catherine d'Amboise, died childless; castellany it becomes a possession of the House of France. In the second half of the eighteenth century, Benign Burtin of Vaurion is lord of Chamelet. Feudal original construction, there remains a square tower, called Dungeon Saracens, a tower and battlements.