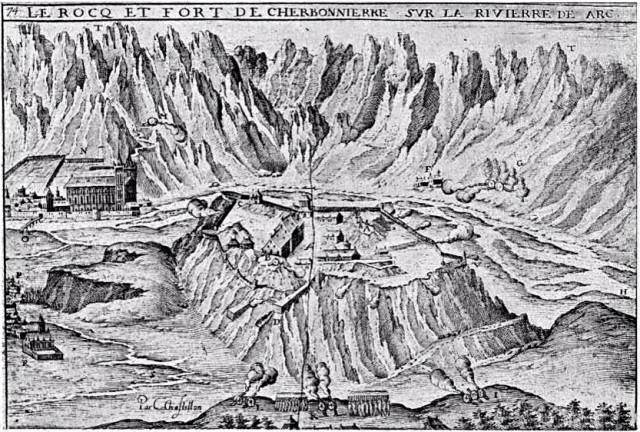 Location: Aiguebelle, in the Savoie departement of France (Rhone-Alpes Region).
Built: 11th century.
Condition: Ruins.
Ownership / Access: Owned by the municipality.
Notes: Château de Charbonnières olim carboneria castrum is an ancient castle of the eleventh century, rebuilt in the sixteenth century, the remains stand in the town of Aiguebelle in the Savoie region in Auvergne-Rhône-Alpes. Château de Charbonnières was the ancestral home of the Counts of Savoy with Umberto I, Count of Maurienne, before they will transfer their count's residence in Montmélian, and then in 1295 in Chambéry. The fortress is ruined in the eighteenth century. The ruins of the castle of Charbonnières are located in the French department of Savoie in the town of Aiguebelle. The castle situated on a glacial lock closed access to the Maurienne valley. It stood on a rock overlooking the village of Aiguebelle, almost 80 meters, and the Arch. It commanded the road to Italy by the Col du Mont Cenis. The ruins were a time of possession of the first father-Tunisian President Bourguiba, until acquired by the municipality, and the developed site.