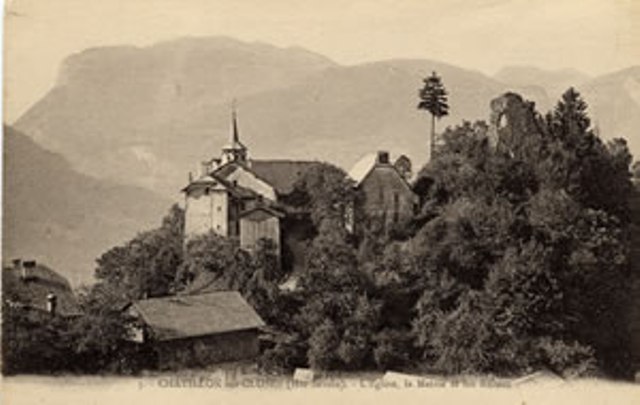 Location: Châtillon-sur-Cluses, in the Haute-Savoie departement of France (Rhone-Alpes Region).
Built: 12th century.
Condition: Ruins.
Ownership / Access: --
Notes: Château de Châtillon-sur-Cluses is an ancient castle of the twelfth century, rebuilt several times, the ruins stand in the town of Châtillon-sur-Cluses in the department of Haute-Savoie, in region Auvergne-Rhône-Alpes. In the thirteenth century it was the seat of a lordship totaling thirteen parishes. The castle was composed of three successive walls. The first surrounded the single castle and the chapel Saint-Martin. The choir of the present church is a remnant of the chapel. The second consisted of a square tower that protected the access to the castle. A steep climb possible to reach the door of the last enclosure that housed the court and the stately home. At its eastern end are the remains of a Romanesque keep on 6.60 to 7.70 meters side drawn against the attack. It is still unclear the location of a third tower built by Bonne of Berry in the late fourteenth century.