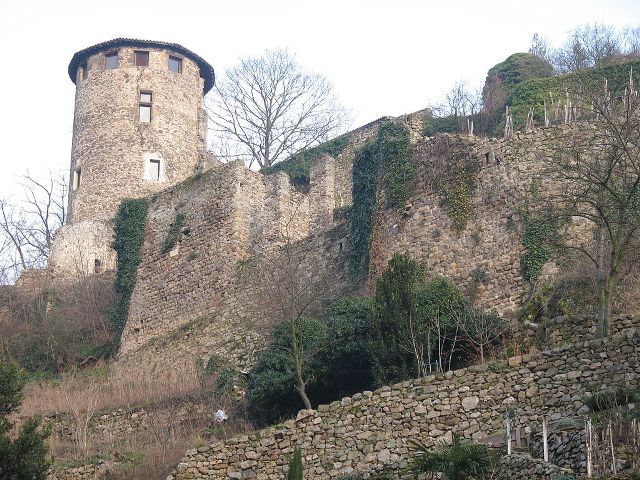 Location: Condrieu, in the Rhône departement of France (Rhone-Alpes Region).
Built: 12th century.
Condition: In good condition.
Ownership / Access: --
Notes: Château de Condrieu is an ancient castle, founded in the twelfth century, the ruins stand in the town of Condrieu in the Rhône department in Auvergne region Rhône-Alpes.Possession of the place was hotly contested between the counts of Forez and the Church of Lyon. The latter will obtain in 1173 by a property transaction. The Archbishop of Renaud Drill built the castle between 1193 and 1226. At a territorial conflict between the dioceses of Lyon and Vienna, the castle was ruined by the Viennese troops in 1330; the conflict ended in 1383.