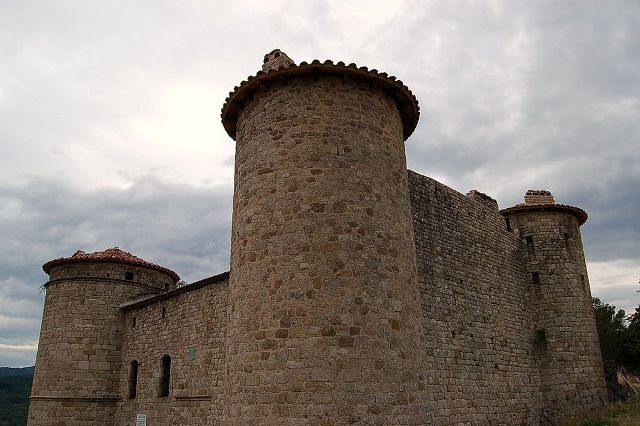 Location: Genestelle, in the Ardèche departement of France (Rhone-Alpes Region).
Built: 12th-17th century.
Condition: In good condition.
Ownership / Access: Privately owned.
ISMH Reference Number: PA00116707
Notes: Château de Craux is located in the town of Genestelle, department of Ardeche, Auvergne-Rhône-Alpes region.Built in the twelfth century as a hunting lodge of the family of Ucel, lords of Antraigues, Castle Craux is overhauled later by its various owners. In the eighteenth century the castle passed to Sauzet Fabrias. After the death of Joan of Fabrias, occupying the last in 1946, the castle was abandoned and deteriorating rapidly. It was in 1994 that the town of Genestelle bought the castle. Since 2002, major work is carried out to build the house and its structure, protected by a temporary steel roof. The towers were equipped with a new roof and work is still ongoing in 2011.