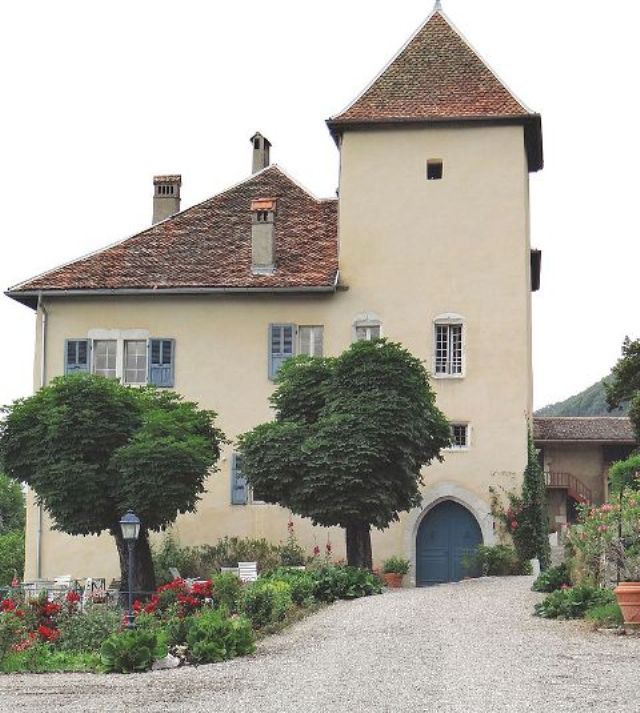 Location: Veyrier-du-Lac, in the Haute-Savoie departement of France (Rhone-Alpes Region).
Built: 14th century.
Condition: In good condition.
Ownership / Access: Private property.
Notes: Château de Fésigny, formerly of The Ruaz castle is a castle located in Veyrier-du-Lac, in the department of Haute-Savoie, France. Castle Ruaz The castle seems to have been built about 1380. It belongs to the branch of Viry Rolle before passing to that of Clets. The purchase is made by Amédée of Clets May 14, 1479 to Baron Rolle, Amédée de Viry. This purchase also includes the assets of the baron Clets in Groisy and Veyrier. He sold his possession Veyrier September 17, 1479 the president of the province of Genevois, Bertrand Deree. Sébastien Count of Luxembourg-Martigues bought the castle, without traces is accessible to specify under what conditions. However, there are tensions between the count and the Deree family. The castle is sold April 10, 1560 to John Vincent, Lord of La Croix-en-Bornes, from a family of notaries Annecy. Whose mother belonged to the family Deree. Jean Vincent La Croix Blanche wife Diane Valencia-Gruffy, daughter of François Valencia and Polyxena of Fésigny. The latter dowry the lordship of Fésigny. The noble family of Vincent Fésigny, lord of La Croix-en-Bornes and the Ruaz starts with this Union4. With the next generation, two younger branches are born, Vincent's Cross and Vincent La Ruaz who inherit the castle and is also called Vincent Fésigny. The castle remains in that family until the early twentieth century. The last heir of the castle and sold the land in 1917. The building is registered as historical monuments in 1993.