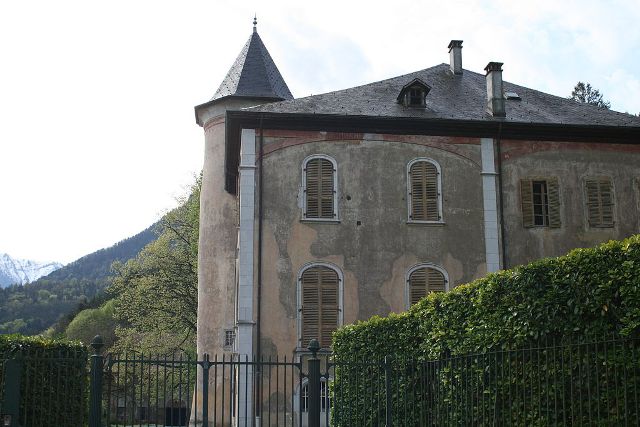 Location: Giez, in the Haute-Savoie departement of France (Rhone-Alpes Region).
Built: 13th-19th century.
Condition: In good condition.
Ownership / Access: Private property.
Notes: Château de Gye is a former stronghold of the thirteenth century, rebuilt in the sixteenth century and restored in the nineteenth century, which stands in the municipality of Giez a French commune in the Haute-Savoie department in Auvergne-Rhône-Alpes region . Facades, roofs and interior, are the subject of a registration as a historic monument since October 9, 1979. The common and the park are subject to a registration as a historic monument since August 22, 1996. The Château de Gye is an old fortress whose origin may date back to the early fifteenth century. October 27, 1418 Amadeus VIII of Savoy, enfeoffs the lordship of Giez to Pierre II de Villette, deputy bailiff of Chablais, hereditary load. In 1430, Urban I Villette in fact a tribute to Duke Ludwig I of Savoy. Bianca of Savoy, Regent, June 23, 1496 grants François de Villette, the "high, medium and low justice" with hunting and fishing rights. Urban II Villette created a chapel dedicated to Our Lady of Mercy and St. Barbara in the Church of Gyez. The family of Chevron-Villette, in the person of Amédée III de Villette, will see its land Gyez erected in barony April 1, 1604 and thereafter in the county. The Lordship brought together in 1732, in addition to the large house, two farm houses, two mills, a beater, a forge and a set of land valued at 330 newspapers including 92 wooden. Today it is still possession of the family of Chevron-Villette.