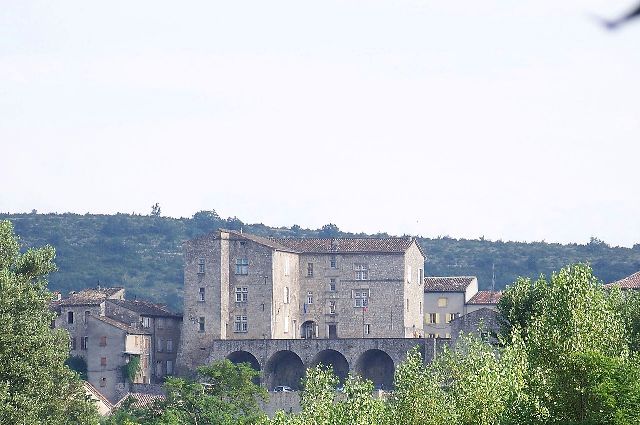 Location: Joyeuse, in the Ardèche departement of France (Rhone-Alpes Region).
Built: 1540.
Condition: In good condition.
Ownership / Access: Owned by the municipality.
ISMH Reference Number: PA00116713
Notes: Château de Joyeuse was built on the site of an old fort, around 1540 by Jean de Saint Sauveur, Viscount of Joyeuse, William II's father, Grandfather of Anne de Joyeuse. There remains only a wing looking north, the other was destroyed between the Revolution and 1832. Renaissance style, it was remodeled in the nineteenth century, its garden (Brèchette) expanded by the addition of three large arches encroaching on the Place de la Brèche. Facades and roofs are registered under monument since April 19, 1988.