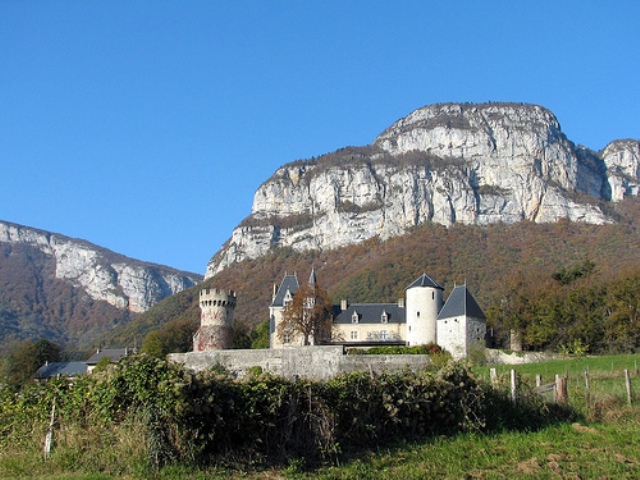 Location: Barby, in the Savoie departement of France (Rhone-Alpes Region).
Built: Gallo-romain-13th century.
Condition: In good condition.
Ownership / Access: Privately owned.
Notes: The Château de la Bâtie is a former castle of the thirteenth century, restored in the sixteenth century, the center of the lordship of La Batie, which stands on the town Barby in the Savoie region in Auvergne-Rhône-Alpes. The castle is the subject of a partial registration under the Historic Monuments by order of 6 April 19721. Only the facades and roofs, the large terrace, the lower hall (currently large lounge) with its decor and the great chimney the guard room (including the Gallo-Roman mosaic that was reported there) are enrolled.