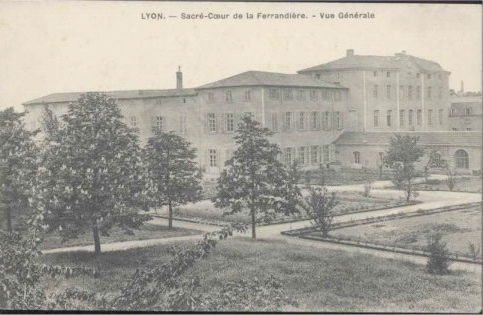 Location: Villeurbanne, in the Rhône departement of France (Rhone-Alpes Region).
Built: 16th century.
Condition: Destroyed.
Ownership / Access: --
Notes: Château de la Ferrandière was a Renaissance castle of the sixteenth century destroyed in contemporary times who stood on the edge of cities of Lyon (3rd district) and Villeurbanne in the current city of Lyon and the Rhône-Auvergne region Alps. This castle has disappeared entirely succeeded an ancient motte. In the early nineteenth century, the area occupies 27 hectares. It includes, according to the writings of the time, "a great land, cut wood, vineyards, gardens and fields watered by the small river of Rize." The main building and towers formed a solid whole. Access to the castle was through an avenue of plane trees, whose route was that of Saint-Exupéry Avenue.