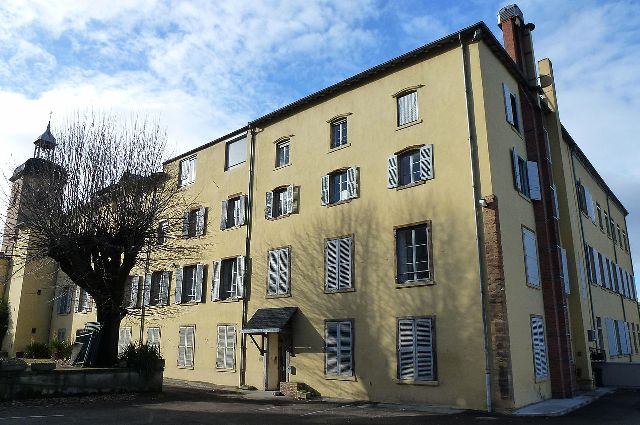 Location: Caluire-et-Cuire, in the Rhône departement of France (Rhone-Alpes Region).
Built: 19th century.
Condition: In good condition.
Ownership / Access: Owned by the municipality.
Notes: The Château de la Rochette is located in the municipality of Caluire-et-Cuire, in the city of Lyon. It stands in the plain of the Caille, facing the Saône at the foot of the hill occupied by the wood of La Rochette. It was part of the Franc-Lyonnais and is now integrated in the neighborhood of Cook-le-Bas. Having repeatedly changing assignments, it is also known as the Abbey of Rochette or foster home of La Rochette. tradition has it that the name of the Rochette originates from a small rock on which the first house was built. The many windows lined the gallery that runs the length of the ground floor of the central building, the massive chapel, lack of ornaments, all in the current building looks more like a convent than a castle. Registered approximately in a square whose vertices are arranged according to the cardinal points, the set includes a long building flanked by four levels to the north of a shorter pavilion but identical in appearance and south of a chapel with bell tower, extended wood side by a pavilion of three levels. Walls close the two courses, Saone side and timber side. The chapel contains a bas-relief by sculptor Fabisch.