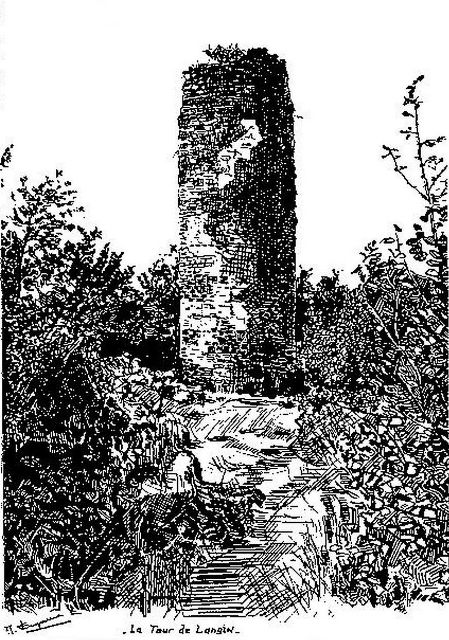 Location: Bons-en-Chablais, in the Haute-Savoie departement of France (Rhone-Alpes Region).
Built: 13th century.
Condition: --
Ownership / Access: --
Notes: Restored Château de Langin, is the last remnant of an ancient castle of the thirteenth century, which stands in the municipality of Bons-en-Chablais in the department of Haute-Savoie, in Auvergne-Rhône-Alpes region . The castle occupied a large oval platform isolated by a double moat twenty meters wide. Langin the castle was in the form of a long polygonal enclosure 42 meters enchemisant mistress isolated circular tower (restored) of 6.90 meters in diameter, vaulted to the top, which was probably erected in the second quarter of the thirteenth century. It is characteristic round towers introduced at this time in Savoy. The walls of the enclosure dated from the late eleventh century are preserved on more than 40 meters long and has an edge device in fish-framed seating stoneware plates and large ditches staged on four levels which date back to prehistoric times.