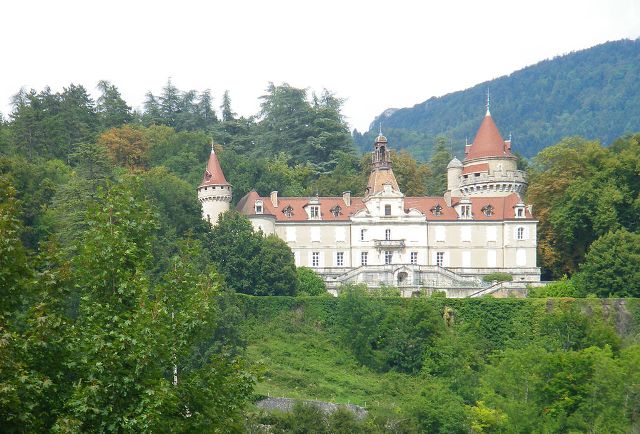 Location: Vieu, in the Ain departement of France (Rhone-Alpes Region).
Built: 16th-19th century.
Condition: In good condition.
Ownership / Access: Privately owned.
ISMH Reference Number: PA01000021
Notes: Château de Machuraz - sometimes locally called Castle Artemare - is a castle of the sixteenth century, rebuilt in the nineteenth century by Benedict Joseph Chatron, which stands at a place called Machuraz in the municipality of Vieu in the Ain department the Auvergne-Rhône-Alpes region. He succeeded a stronghold which itself replaced an old barn and an adjoining tower after it. The whole area and the castle in full, portals, outbuildings, stables, the cellar, the North staircase and fountain, the house, the garden, the park gate are being entered in the as historical monuments by order of 6 November 2006.

How To Get To Château de Machuraz (Map):