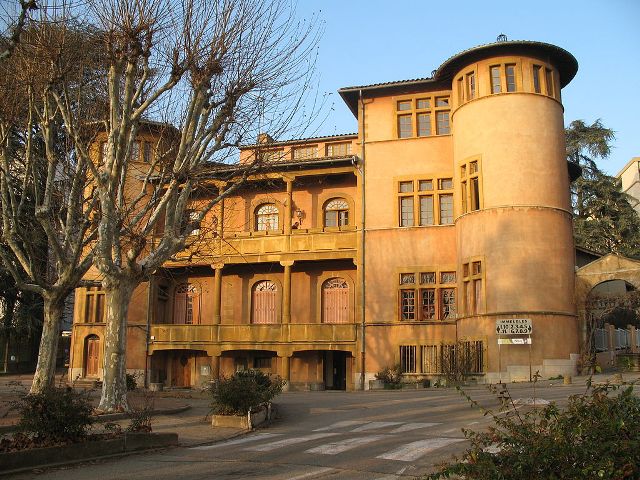 Location: Lyon, in the Rhône departement of France (Rhone-Alpes Region).
Built: 19th century.
Condition: In good condition.
Ownership / Access: Private property.
Notes: The Château de Ménival is located in Ménival in the district of Lyon, 5th district, in the Rhône department. A building exists from the seventeenth century and the area then carries name Massut. In the early eighteenth century the owner is Laurent Pons, a tailor in Lyon. Jean Pons in 1740, his brother, a tailor in Paris, inherits. It was in 1896 that Jules Durand, owner replaces the former home of the current castle. Auguste Teste, who heads the company Aiguillerie, Wire drawing, Cables Vaise and who is also vice president of the Chamber of Commerce, also lies in the first half of the twentieth century. In 1956 he sells it to the Société Immobilière Cooperative domain Ménival who built a large set of public housing on the site of six hectares and a social center in the castle which threatens ruin. In 1971 the floors are sold as apartments to individuals, the social center retaining only the first floor, before being sold in turn. The west tower was converted into a triplex. The castle is privately owned and not open to visitors.