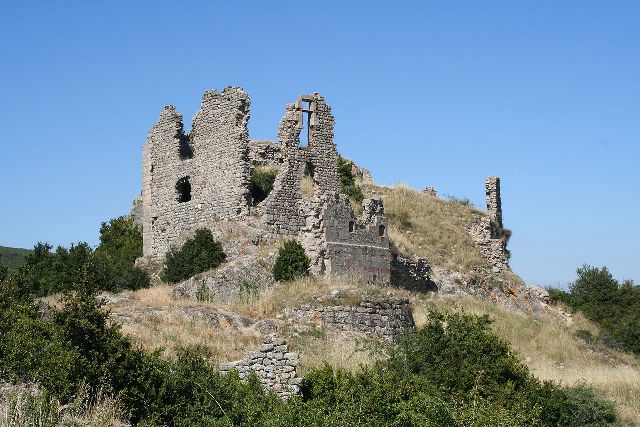 Location: Gilhac-et-Bruzac, in the Ardèche departement of France (Rhone-Alpes Region).
Built: 13th century.
Condition: Ruines.
Ownership / Access: --
Notes: The ruins of the castle Pierregourde are located in the municipality of Gilhac-et-Bruzac in the Ardèche department.Dating back to the thirteenth century, the castle of Pierregourde, whose name comes from the Old French "stone watchtower", though marked by religious wars between Protestants and Catholics, should rather ruin the fact that it was used as stone quarry after it was abandoned in the seventeenth century.