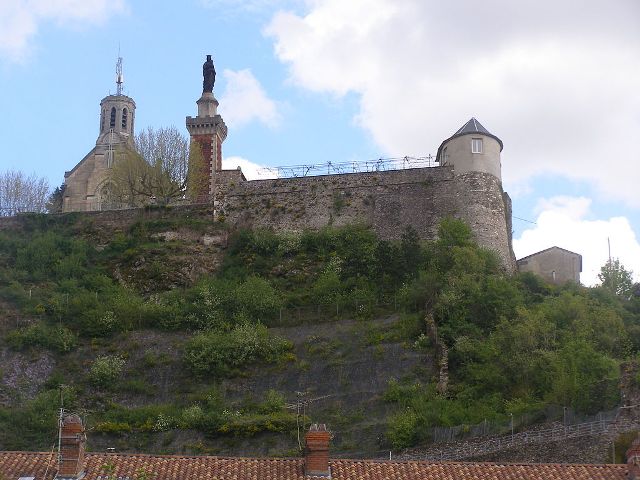 Location: Vienne, in the Isère departement of France (Rhone-Alpes Region).
Built: 11th century.
Condition: Ruined.
Ownership / Access: --
Notes: Château de Pipet is an ancient castle of the eleventh century whose remains stand in the town of Vienne in the Isère department and the Rhône-Alpes region. Mount Pipet laid in Roman times, is the Burgundy kings in the early Middle Ages and they build a fortress with a square keep. It is presented in Vienna Church in 1023. From 1285, the castle is in possession of the canons of the Cathedral, while on Mount Solomon, the new castle Built belongs to the archbishop. In the fourteenth and fifteenth centuries the castle has a stake in the conflict between the canons, Archbishop of Vienna and the dolphin. In the sixteenth century, badly damaged during the religious wars and during the war between the Leaguers and King Henri IV, the castle was put out of use at the same time as that of the Built in execution of a judgment of the Board State of 26 January 1633, ordering the destruction of the strongholds of the Dauphiné on order of Richelieu in its policy against the feudal past and the Huguenots. The fortifications of Pipet and Built battered.